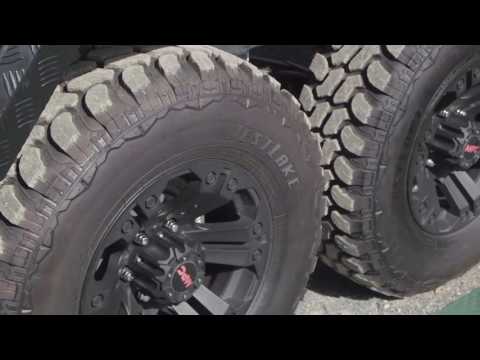 Dean and Courtney Goudie know caravans inside and out.

Both of them have been caravanning since they were kids. Dean left school at the age of 15 to take up a job in repairing accident damaged cars and caravans. He won apprentice of the year 2 out of the 3 years he was at trade school.

Dean and Courtney started their own repair shop in Yarrawonga in 2004 at the age of 21. The vision was clear to deliver good quality repairs with customer service that was second to none.

After many years in the industry Dean and Courtney decided to open Yarrawonga Caravans and sell high quality caravans at a price that people could afford. They have now opened Albury Caravans on Wagga Rd, Lavington.

In January 2014 their dream became a reality, Dean works with 2 caravan builders having input into the design, structure and finish of every caravan.

The builders Yarrawonga Caravans use are La Vista Caravans for all of the “on road” caravans and Masterpiece Caravans for the “off road” caravans. Both builders build to their own very high standards with Dean’s watchful eye going over the vans every step of the way as Dean visits the factories every week.

Dean and Courtney have such a great knowledge when it comes to caravanning around this great country of ours because it has been their life for so many years and now they take their 3 kids away in their caravan any chance they get so their kids can enjoy all Australia has to offer.

Cows on the road just outside of #conargo folks -